Performing 'MANTICORE' In Its Entirety 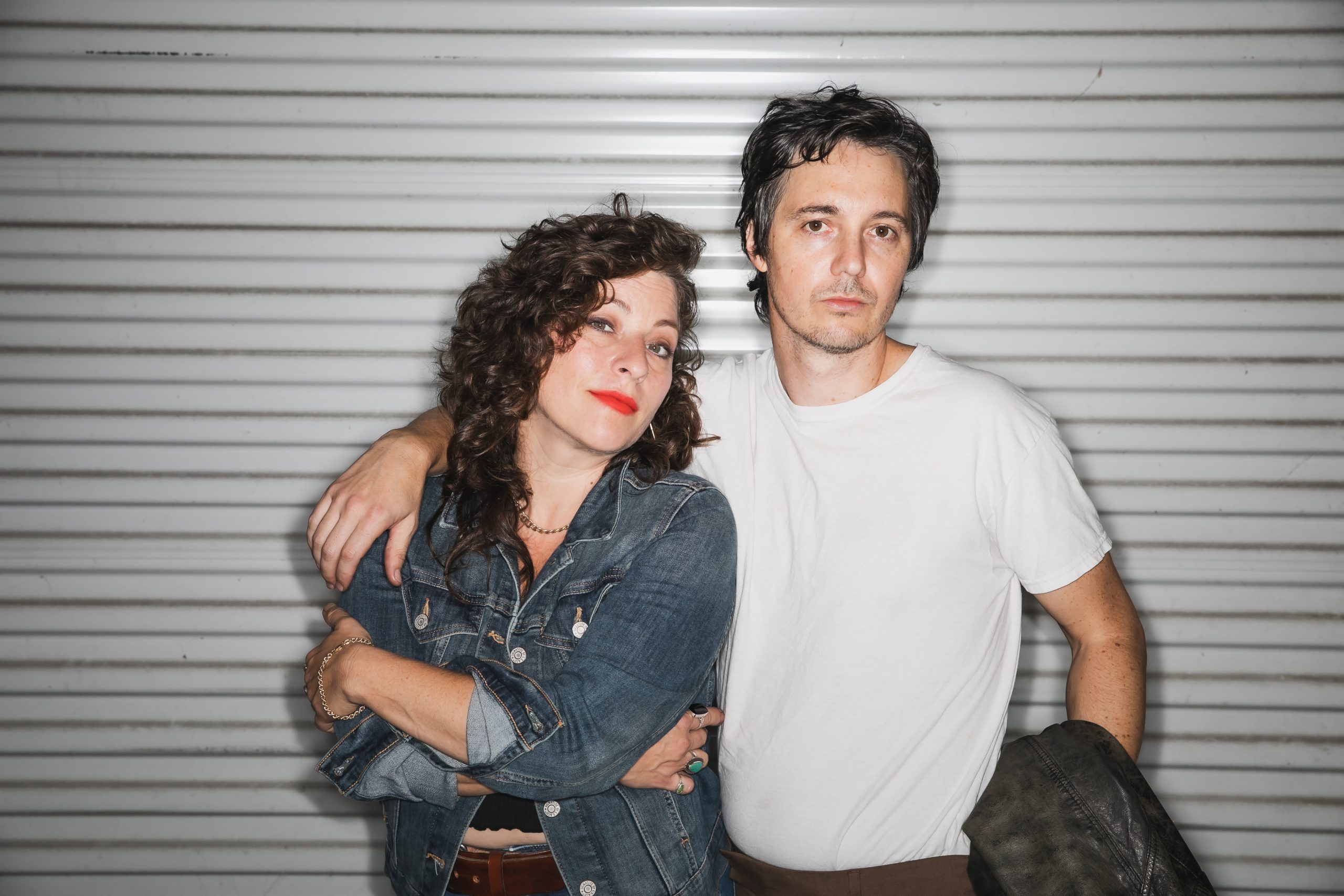 “It’s not heavy metal, but in our guts, it feels a bit like Heavy Metal,” says Michael Trent of the band’s new album, Manticore due Feb. 18. Next year, 2022, will mark ten years since Cary Ann Hearst and Michael Trent released their debut album O’ Be Joyful, the first formally billed as “Shovels & Rope.” That decade included the release of six full-length albums, three collaborative covers albums (Busted Jukebox Volumes 1-3), a curated music festival in their hometown of Charleston, SC (High Water), a musical film (Shovels & Rope: The Movie) and countless dynamic live performances all over the planet. But it was in the rear courtyard suite of the Decatur St. house belonging to the Preservation Hall Jazz Band in New Orleans where Michael and Cary Ann began polishing up the songs that became Manticore. There was a piano in the room and a little desk. There were piles of scattered and folded papers lying on the bed and copious digital ideas in the form of voice memos. And despite the pounding parades in the surrounding streets, it was quiet in the afternoon.

Months of relentless touring, partnering and parenting had left them threadbare, and the New Orleans stay was intended for finding time to think while renovations were happening at their house on Johns Island, SC. That time coincided with the last Mardi Gras before the world shut down and went into hiding. Sitting at the piano amid the pile of finished and unfinished lyrics, there was a bittersweetness and exhausted peace that belied the coming tribulations. The Decatur St. house would be the last stop on the year-long assembly line of songwriting on the fly. An image here and a rhyme there, scratched into a note pad for later. The next stop was The Whip, the home studio that was a refuge workspace in their backyard. They got back, put the laundry on, digested the news that the world was closed, the tour was canceled indefinitely, and the only thing to do was go inside. Inside the house, inside the studio, inside your mind and inside your time.

The songs and stories that make up Manticore are visceral, bold and at times deeply personal. And while all those adjectives could be used to describe the duo, this time around it rings true in a way that hits differently – or at least harder. Perhaps everything hits harder for everyone these days. And while most of these songs were written before the pandemic, they were all recorded at a time when everyone was inside. It takes aim at the human experience and does so without pulling a single punch: reflections on idol worship, homelessness, social justice, the experience of fierce parental love and marital strife are all on the menu here; and in true American fashion, the helpings are plentiful.

Manticore was initially intended to be a stripped back affair. The songs were written with the expectation that they would feature almost nothing but acoustic guitar, piano and their two voices. But with the time afforded to the band by the complete stalling of their industry,
they returned to the recordings and indulged the opportunity to expand the sound of the album with no pressures or expectations regarding the calendar. The most extended amount of time off the road since the band’s inception coupled with the creative outlet and subsequent work/life structure the album demanded created an anchor to some kind of sanity in a world that seemed to be truly losing its mind around them. “I was grateful to have something to work on, to go into the shop every day for a few hours, get into something, exercise parts of my brain and feel excited about something when there really wasn’t a whole lot to feel excited about at the time,” Michael Trent recalls of the process.

The stark personal musings of the songs on Manticore are somewhat contrasted by the opening track “Domino,” with its sleazy menace laced through a pulsing drum beat and Motown piano. It’s a rapid-fire lyrical collage of iconic American imagery depicting the death of James Dean, America’s reaction to it and Dean’s ghost’s puzzled bewilderment to that reaction. However, like all the best Shovels & Rope songs, there is a thematic duality on display, as it celebrates the playful elevation of rock’n’roll culture while exposing some of the ridiculousness of ‘celebrity’. “Collateral Damage” finds Cary Ann Hearst writing from the perspective of a woman who is openly musing about her role and identity as a woman in the modern world and as a mother in a modern family. As we’ve grown accustomed to, in some of their finest storytelling moments, the characters in these songs are often vehicles for their own deeply personal questions and feelings about the world around them. To that end, Manticore, is also unique in the Shovels & Rope catalog as some of the songs directly address their own marriage. “The Show” is an exaggerated version of a real-life discussion in New York City on separating real life from ‘stage’ life, and perhaps nowhere is this laid bare more than in one of the album’s emotional standouts, “Divide & Conquer.” Jokingly referred to as “Bummerham” in the early days of album tracking, the song does what ‘Birmingham’ did so well before in its embellished version of real-life recollections, but “Divide & Conquer” takes it a step further in openly imagining a fictional alternate reality where things don’t work out, and the children are divided between divorced parents. Dark to be sure, but the thought exercise concludes in a particularly touching self-awareness of how real and honest their partnership is and the desire to come back to that love and consistent force in each other’s lives. ‘Come back to me, here is my armor.’ That directness in addressing challenges in their own relationship for the first time wasn’t on accident. Cary Ann Hearst recalls of those songs, “it was like…no more mister nice guys, the polish is off, the humanity is in…the shiny perceptions or previous ideas of what we are, or are expected to be, are being mildly challenged in some of these songs in a different kind of way. In some ways it’s funny that we are addressing it now because our marriage is stronger than it’s ever been.” Perhaps the most raw and untamed outpouring of deeply personal feelings is in the album cornerstone, “Bleed Me.” Quite simply a love letter to their children, the song holds nothing back in its dramatic display of yearning, unfathomable love, exhaustion and, most of all, gratitude for the transformative experience of parenthood and the gifts that singular experience can bring to a person’s life. “I love how heavy handed it is, a little bit like screaming at the top of your lungs….My heart breaks every time we sing ‘you are the best part.’ That lyric means everything,” Hearst says of the song.

The album closes with the somber reflection of “Human Race”, a despairing ode to life in a troubled headspace. Appropriately, the song is more than just an album closer; it serves as a reminder of what still makes Shovels & Rope wholly unique, even ten years later amidst a sea of their peers. They are still master commentators of the human experience and maintain a rare gift that allows them to address the most gnarly of life’s lows while always keeping an eye on hope, compassion and community. The album’s title, Manticore, at its most simplistic, is a playful combination of a Leo and a Scorpio combined into one beast. A simple google search of the word will bring up depictions that are comical, fantastical, intimidating, aggressive, playful, beautiful and even mildly terrifying. At their best, all of these can be said of Shovels & Rope, but no matter which adjective feels most appropriate in a given song, show or album, it is always powerful. Thankfully, Manticore finds them at their (weary) best. It feels like a hard-won summation of the band’s first act, shedding away notions the public may have had of them or that they had of themselves. The second act of Shovels & Rope looks beautifully weathered and wiser – shining a bright light at the end of this very dark tunnel.