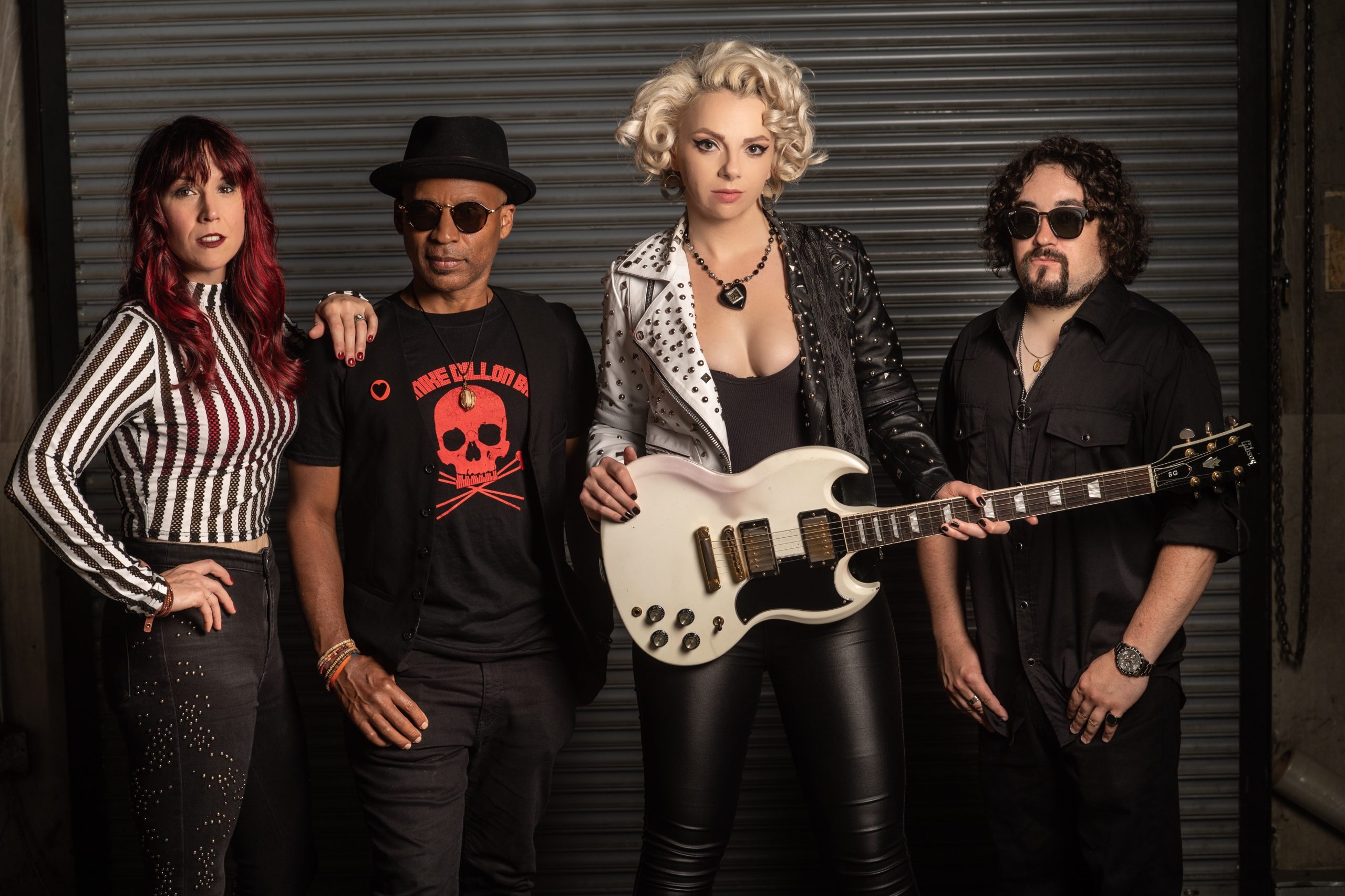 “That was my mission on this album: To really set these songs up so that they have a life of their own,” says Samantha Fish about Kill or Be Kind, her sixth solo album and her debut on Rounder Records. “Strong messages from the heart – that’s what I really set out for.” Indeed, what comes across immediately on hearing the album is the extraordinary level of songcraft on its eleven tracks, the way these songs are so smartly put together to deliver a potent emotional impact.

Anyone who has ever heard Fish’s previous albums knows that she has earned a place in the top rank of contemporary blues guitarists and that her voice can wring the soul out of a ballad and belt out a rocker with roof-shaking force. And, rest reassured, those virtues are fully in evidence on Kill or Be Kind. But each of the songs on the album does far more than simply provide a setting for Fish’s pyrotechnics. They tell captivating stories, set up by verses that deftly set the scene, choruses that lift with real feeling, and hooks that later rise up in your thoughts, even when you’re not aware that you’re thinking of music at all. It’s the kind of songwriting that emerges when raw talent is leavened by experience and aspiration, and when a committed artist genuinely has something to say. Those qualities make Kill or Be Kind a genuine artistic breakthrough for Fish.

“I think I’ve grown as a performer and as a player,” she explains. “I’ve become more respectful of the melody. You can go up and down the fret board and up and down your vocal register, but that’s not going to be as powerful as conveying a simple melody that people can really connect to and sing themselves.” To help bring those elements to her music, Fish sought out high-quality songwriting collaborators – the likes of Jim McCormick (who has worked with Fish before and also written for Luke Bryan and Keith Urban); Kate Pearlman (who has worked with Kelly Clarkson); Patrick Sweeney; Parker Millsap; and Eric McFadden. The result is an album on which each song is distinct, but the complete work hangs together as a coherent, entirely satisfying statement. “When you get to this point in your life as an artist,” Fish says, “it’s good to work with others, because it makes you stretch. I think you hear a lot of that nuance on the record, songs that have a pop sensibility to them, hooks that really pull you in.”

You get a good sense of the range the album covers from the first two songs released. Fish propels “Watch It Die” with an insistent guitar riff, but near the song’s end two female background singers lend the song a haunting soulful feel. Meanwhile, “Love Letters” moves on an insinuating, stop-time riff in its verses until it bursts in passion on its chorus. Both songs use horn sections for finesse and texture. “Love Letters” also introduces one of the album’s central themes: the allure of losing yourself in love – and the dangers of it.  “Keep waking up in the bed I made,” Fish sings. “Forget the pain when you wanna play/I’m back to broken when you go away.”

“That’s just a love-sick song,” Fish says, laughing. “like I think I was when I wrote it.” The title track, a seductive ballad, offers a lover a stark choice: “Make up your mind/I can kill or be kind.” To explain that dichotomy, Fish says, “It’s funny how love can be so fickle, how quickly you go from object of affection to one of disdain. I’ve always found that dynamic interesting. That track is full of that duality,” she adds, laughing. “I also loved the Memphis sound of the horns on there. They sound modern, but it’s got this vintage feeling as well.” The songs “Dirty,” “Love Your Lies” and “Fair-Weather” explore similar themes – how deceit, self-deception and shifting expectations can alter the course of life and love. The affecting ballad “Dream Girl” stands the endearment of its title on its head and explores the dilemma of a love not coming to fruition. “I wish you’d take the rest of me,” Fish sings. “These tears, they kill your fantasy.” On “She Don’t Live Around Here Anymore,” a soul ballad once again bolstered by tasteful horn parts, the singer confronts the feeling of being used and finds empowerment in walking away.

“Trying Not to Fall in Love With You” finds the singer not wanting to rush a relationship – and therefore undermine it. “I fall fast,” Fish admits, “I have to remember to take care and not scare the person away.”

To make Kill or Be Kind, Fish chose to work at the legendary Royal Studios in Memphis, with Scott Billington as producer. “I worked at Royal before, when I made my Wild Heart album,” she says. “The soul in the walls, the vibe – you can feel it in that place. I’m such a fan of Al Green, Ann Peebles and all the classic recordings that happened there. Memphis just kept calling to me. I’ve always felt so inspired there.” As for Billington, a three-time Grammy winner, Fish appreciated both his open-mindedness and his willingness to ease her out of her comfort zone. “Scott allowed me to see the building-out process of the album all the way through, from the top to the bottom,” she says. “Bringing in background singers and synthesizers, which I’d never done on an album before, that added an extra edge. Honestly, it was a challenge. It pushed me to think about the songs differently. That trust from my producer gave me the freedom to really take some risks.”

Having completed an album that she believes in so strongly – “This is me coming through, my personality,” she says – Fish is eager to bring it to the world. “I got the moon in the back of my mind, and I want to shoot for it!” she declares. “I want to reach over genre lines and get out to as many people as possible. This album is so broad – and it’s all me. So I’m just hoping it catches people and appeals to them.”

She concludes, “Overall my big goal, career-wise, is to contribute something different and new to music. I want to give something that stands apart and yet is timeless.” With Kill or Be Kind, Samantha Fish is well on her way along that path. – Anthony DeCurtis

Django Knight is an American guitarist, singer, songwriter, and multi instrumentalist. Django began singing at the early age of 6 through the influences of Elton John, Stevie Wonder, and Elvis. Years later, Django discovered guitar through musicians like Prince, Stevie Ray Vaughan, Jimi Hendrix and Freddie King. By age 15, he became the recipient of The Robert Johnson Blues Foundation New Generation Award. By 17, Django earned the support of major companies such as Fender Musical Instruments, Eminence Speakers, Dunlop Manufacturing, and Guitar Center. Django Knight’s music is available digitally worldwide on all platforms. His goal is to lead the younger generation by example through his love and passion for music.