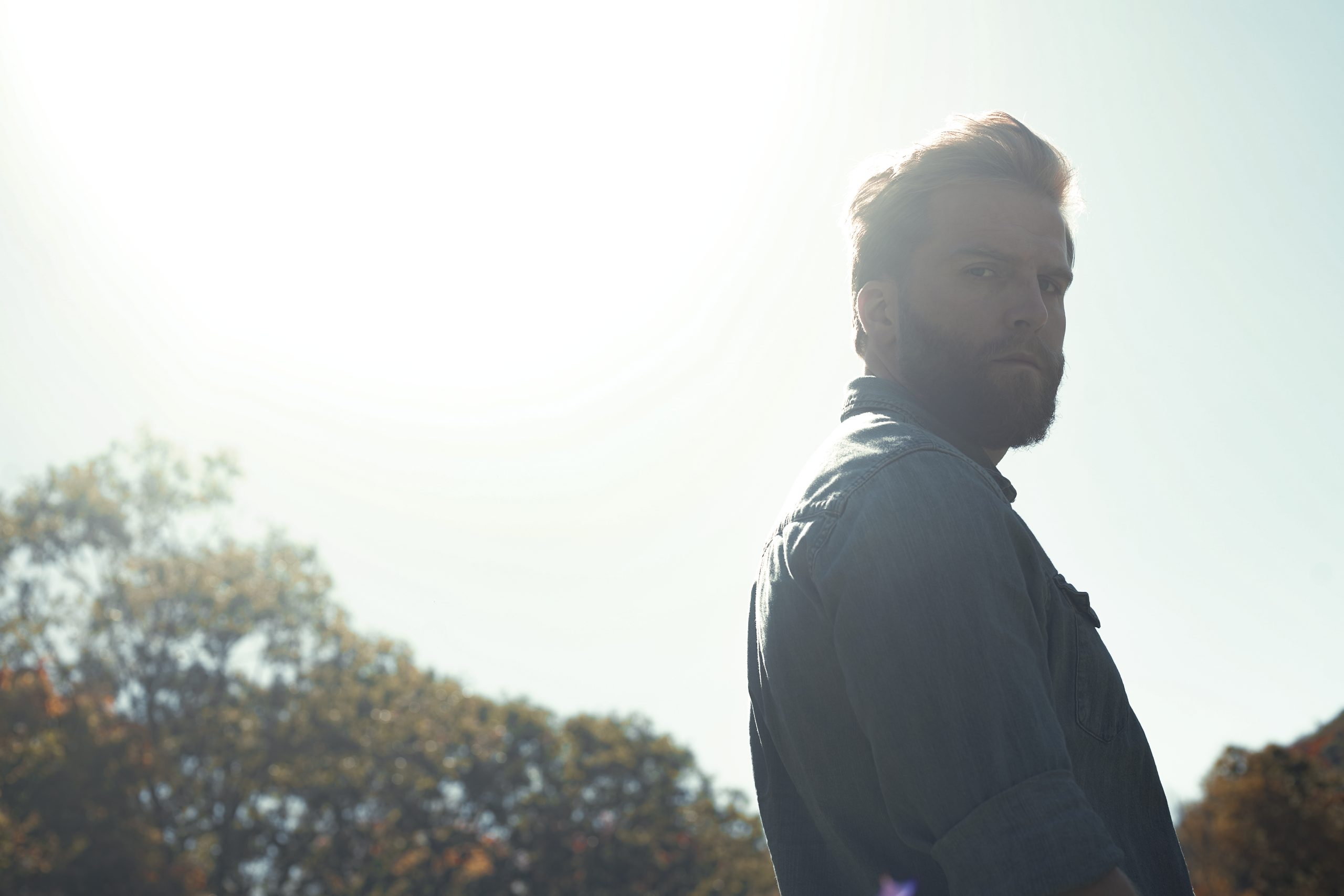 A native of West Virginia, Charles Wesley Godwin makes cinematic country-folk that’s as gorgeous and ruggedly raw as his homeland. It’s Appalachian Americana, rooted in Godwin’s sharp songwriting and backwoods baritone. With 2021’s How the Mighty Fall, he trades the autobiographical lyrics that filled Seneca — his acclaimed debut, released in 2019 and celebrated by everyone from Rolling Stone to NPR’s Mountain Stage — for a collection of character-driven songs about mortality, hope, and regret, putting an intimate spin on the universal concerns we all share. “I started a family around the time Seneca came out,” he remembers. “After my son was born, I remember sitting in the hospital, thinking about how that very experience would eventually become one of those life moments that flash before my eyes when I’m old. I realized that time is passing, and my time will pass, too. Becoming a father made it all sink in.” Those realizations quickly found their way into his writing. If Seneca painted the picture of a southern son in the middle of American coal country, then How the Mighty Fall — produced once again by Al Torrence — zooms out to focus on wider themes of time, transience, and the choices we make. Songs like “Strong” “Bones” and “Blood Feud” are roadhouse roots-rockers, driven forward by fiery fiddle, lap steel and plenty of electric guitar. Godwin does most of his painting with more subtle shades, though, often waiting until How the Mighty Fall’ssofter moments to make his biggest impact. On “Cranes of Potter,” he delivers a murder ballad with finger-plucked acoustic guitar and elegiac melodies, unspooling the narrative with a storyteller’s restraint. Meanwhile, “Temporary Town” finds him returning to West Virginia after spending five years in the midwest, celebrating his homecoming not with barely-contained enthusiasm, but with measured excitement, light percussion, and a steadily-building arrangement. “I try to write with a sense of place,” he explains. “Up until now, that setting has always been my home, but I don’t think this new album is as locally-focused as my previous release. I hope these songs will connect with people wherever they live.” The son of a coal miner father and a schoolteacher mother, Godwin began forging those musical connections in 2013, while studying abroad in Estonia. He’d learned the acoustic guitar several years earlier, looking for a diversion after failing to secure a spot on the West Virginia University football team. Halfway across the world in Estonia, he started strumming songs in his apartment, summoning the sights and sounds of West Virginia for a group of new friends who’d never laid eyes on the state. Fans were made, gigs were booked, and Godwin launched his full-time music career shortly after graduation. Marriage soon took him to Ohio, where his wife worked as a fundraiser. Even so, West Virginia remained at the forefront of Godwin’s mind, and he saluted the area’s influence with his 2019 debut. Seneca was a hit, with Billboard praising the album’s “the vivid language and scenic ambience,” and Rolling Stone enthusing, “His voice, with its tight, old-world vibrato, is perfect.” Godwin hit the road in support of its release, touring domestically one minute and selling out shows in European destinations like Stockholm the next. When the global pandemic brought his touring to a halt, he set his sights on How the Mighty Fall, creating the album during a period that also witnessed the arrival of his son and the migration of his growing family back to West Virginia. Charles Wesley Godwin has never been afraid to blur the lines, and How the Mighty Fall proudly straddles the borderlands between several genres. It’s a country album by an Appalachian-borne folk singer and blue-collar believer, laced with enough electricity to satisfy the Saturday night revelers and enough scaled-down acoustic balladry to soundtrack the slow, gentle pace of Sunday morning. For every “Lyin’ Low” — a driving folk anthem, its larger-than-life melodies flanked by banjo — there’s a softly sweeping song like “Lost Without You,” which finds Godwin’s voice echoing between stretches of pedal steel and symphonic strings. This is music for campfires and car rides, for pool halls and mountain peaks, for big-city diehards and small-town loyalists. It’s Charles Wesley Godwin at his best, diving into character studies and richly-created fiction while still offering glimpses of the man behind the music.