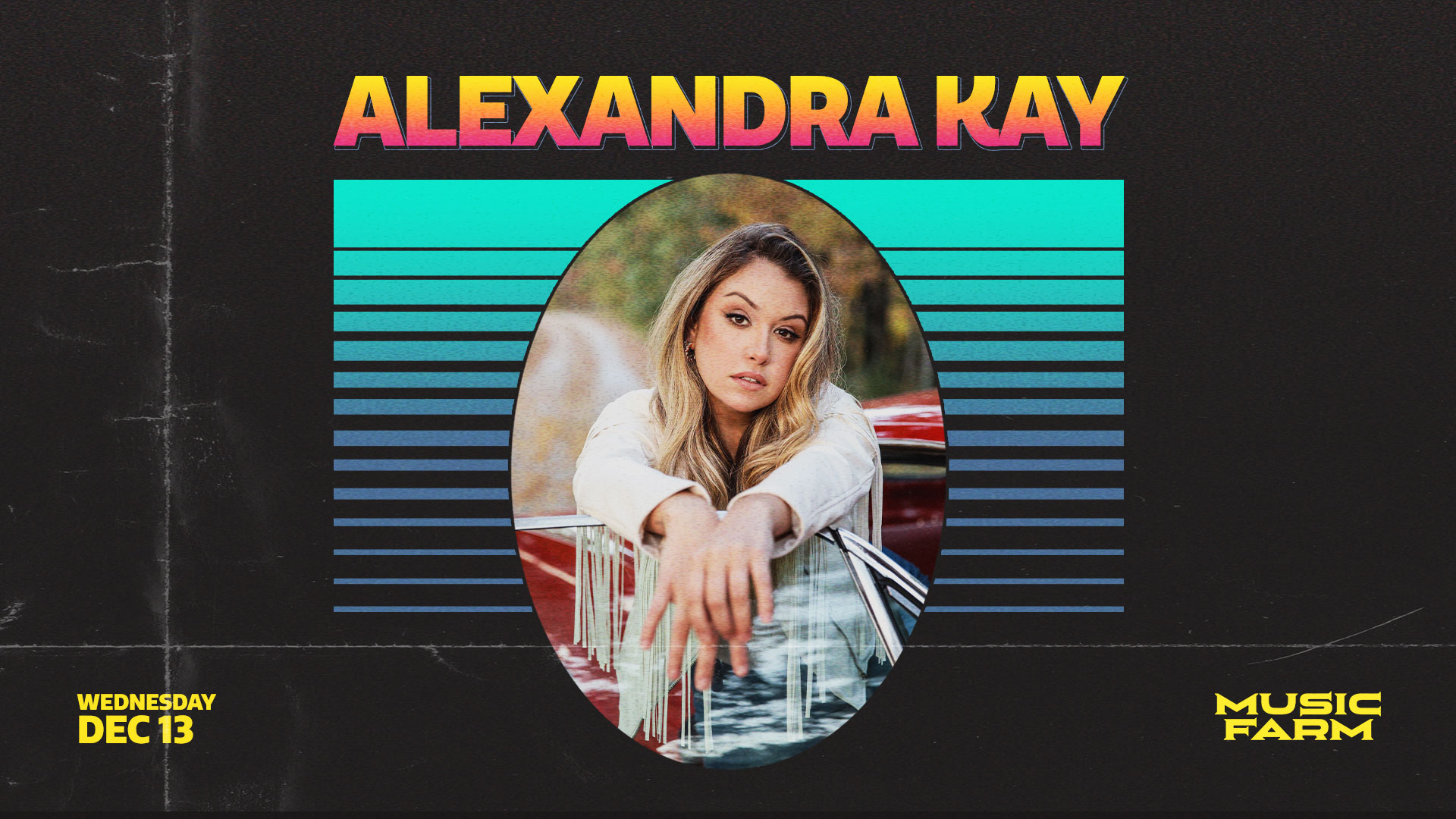 Generating millions of plays weekly on her videos, Alexandra Kay commands the attention of country music fans. With a voice reminiscent of Dolly Parton, Alison Kraus and Leanne Womack, AK is bringing country music back to it’s roots.

Emily Curtis is a soulful singer-songwriter with a southern flare. Following in her father’s footsteps, the artist began making waves with her guitar and smooth vocals in the Charleston, SC music scene in 2015 and has since released a crowd funded EP and a steady stream of singles, some of which are signed to sync catalogs for Concord Music Publishing and Koze Music. In November 2022 she was voted Charleston City Paper Female Singer/Songwriter of the Year and her song “Sandcastles” premiered in American Songwriter Magazine with a music video, filmed in historic 20 South Battery mansion.

No stranger to the stage, Curtis has performed everywhere from local bars, to amphitheaters, to concert halls, to showcases in the Costa Rican jungle. As a vocalist she is a background singer for Nashville artist Patrick Davis in his Midnight Choir, lending her vocals to the likes of Darius Rucker, Charles Kelly, Randy Houser, and has supported national acts such as Parmalee, Sister Hazel and hometown favorites Hootie & The Blowfish.

Collaboration has been the backbone of her career.  Her most recent producers, songwriters, and personal mentors include Micah Nichols (touring guitar player for NeedtoBreathe),  Sam “Heights” Garay, and Mario Marchetti as she continues to expand her trusted “music family”. She is a member of the Billboard 500 Club mentored by  Adam McInnis, and a co-founder of “Sisters In Song”, a community of diverse women in the Charleston music scene on a mission to build authentic relationships, educate, and empower one another. Emily Curtis continues to lead people to a place of wholeness and belonging feeling empowered to “Leave a Mark”.